Tom Ford has been vegan for over a year and the once fur-loving designer (while at Gucci he lined the runway with in luxe white pelts), is rethinking his stance on using fur and animal products in his collections. Call it the Stella McCartney effect – Michael Kors has stopped using fur and now Ford says he will not use mink or fox and instead has a lot of fake fur in his current collection.  “I’m not yet ready to say that I’m fur-free,” Ford tells WWD. “Now, however, I have limited the fur in these collections and going forward to food byproducts, which does not sound very sexy. ‘I’m selling you a food byproduct!’ That means cowhide, it means shearling, it means not doing fur that is raised purely for its pelt.” 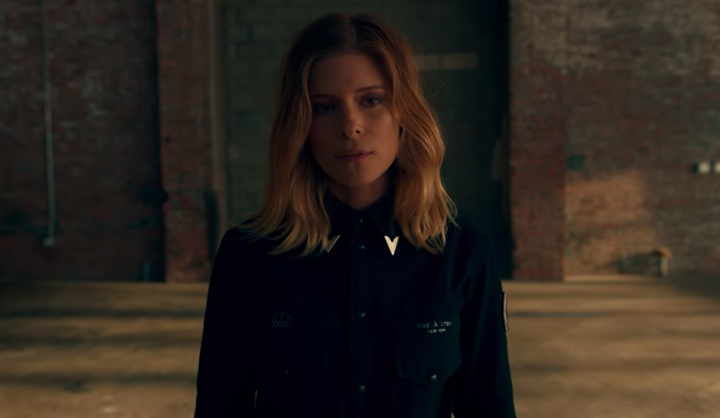 More and more designers are opting-out of New York Fashion Week to create digital content that can be shared and viewed repeatedly by a much more massive audience. Rag & Bone is showing their spring/summer 2018 collection with a six and a half minute short film/music video starring Ansel Elgort, Kate Mara and a crew of dancers, all busting Martha Graham-style moves while wearing rag & bone. Set to a song by Radiohead’s Thom Yorke, the mini film titled “Why Can’t We Get Along” was co-directed by New York City Ballet principal dancer Benjamin Millepied (who is also married to Natalie Portman) and can be seen here.

“Not doing shows anymore and having pulled out of fashion week [means] we’re just focusing on creating awesome content that represents our philosophy as a brand,” explains designer Marcus Wainwright. “We have to start thinking about the customer. It’s not about the press anymore; it’s really about the customer [who has] so much transparency these days. You’ve got to think about what will resonate with them and do they care that [fashion week] is in September? Probably not.”

As the LVMH owned brand Marc Jacobs struggles – with stores closing and revenue dropping – the company has hired designer John Targon (who launched the luxury knitwear line Baja East with partner Scott Studenberg in 2013) as the creative director of MJ contemporary pieces. in 2015 LVMH merged the popular, lower-priced Marc by Marc Jacobs line with the more-expensive and runway attention grabbing main collection to form one single brand. LVMH hiring Targon, under Marc Jacobs’ new CEO Eric Marechalle (who left Kenzo to join MJ last July), is a bold move to re-engage younger customers who were Marc by Marc Jacobs biggest fans. Before starting Baja East (which still has an active website but is not showing during New York Fashion Week this season), Targon held sales positions at both Céline and Burberry, so he is savvy when it comes to marketing and selling merchandise. The future of Baja East remains unclear as does the way in which Marc Jacobs will work with Targon at his namesake label. Stay tuned.

Is Vetements Almost an #RIP?

The Launch of Entire World